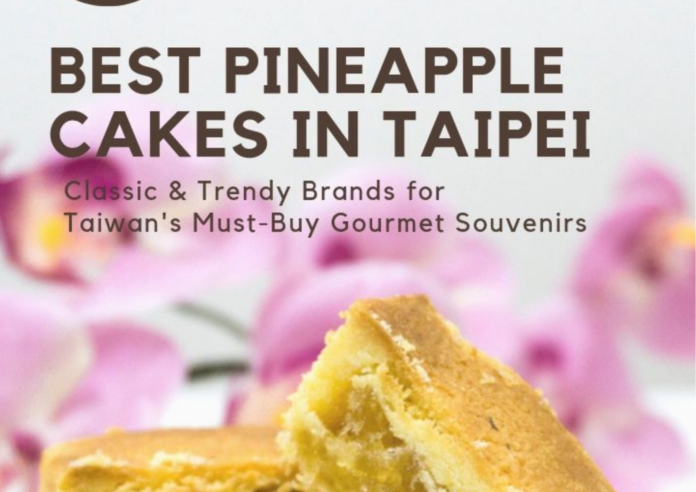 What is it about Taiwanese pineapple cake that makes it so popular? Taiwan, for example, is a major pineapple producer and exporter. The Taiwanese have managed to create delectable sweets that have become a staple.

Nobody knows exactly when the pineapple cake was made. However, according to my study, it became famous in the 1970s. The yield of pineapples in Taiwan has fluctuated over time. However, since the 1970s, when Southeast Asian countries with cheaper labor began growing pineapples, Taiwan has been unable to compete on the global market. Taiwan had to come up with a novel way to make use of its surplus pineapples.

Every crisis provides an opportunity for rebirth. In Taiwan, pastry chefs began selling pineapple cakes with a buttery crust filled with pineapple jam. It was an instant success.

The name is another cultural factor that contributes to its popularity. The Taiwanese pronunciation of pineapple, ong lai, is identical to the Mandarin word “prosperity has arrived.” Pineapple cake has undoubtedly been a sign of riches, good fortune, and prosperity in Taiwan.

Chia Te Taipei is a well-known brand of pineapple cakes in Taiwan. With its flavorful pineapple cakes, this small bakery has won the hearts of many Taiwanese and foreign tourists since its establishment in 1975. The Chia Te pineapple tarts also took first place in the Taipei Pineapple Cake Festival, which was organized by the Taipei City Government and Taipei Bakery Association in 2006 and 2007.

From the outside, the Chia Te Bakery appears to be a typical neighborhood confectionary store. However, considering the long line of people at ALL TIMES, it’s clear that there’s something unique about this bakery. Once inside, you’ll be astounded by how quickly the pineapple cakes disappear from the shelves. But don’t worry, they’re almost always restocked.

Chia Te, on the other hand, does not have any samples in the shop. Chia Te also says that no preservatives are used in their products. They don’t have to, if you think about it. It soon sells out and is devoured.

You must serve yourself at the store unless you call ahead to place an order for pick-up. Despite the fact that the original pineapple pasty is the most popular, Chia Te Bakery also offers a variety of pineapple tarts (see below). Individually wrapped Chia Te pineapple cakes Simply pick up a box (6, 12 or 20 pieces) and fill it with your favorite flavors to create your own at-home sampling.

If you ask any Taiwanese, they would almost certainly have heard of Chia Te. (Jidé is how it is pronounced.) Even before I tried its popular pineapple pastry, I had heard so much about it. I was afraid it wouldn’t live up to the expectations. It, however, turned out to be much better than I had expected.

The pineapple flavor is prominent in Chia Te pineapple cake with egg yolk, with a slight egg flavor. Pineapple tanginess stands out rather than egg yolk. The crust is firmer than the original pineapple pastry. When it broke, I thought it was well-made.