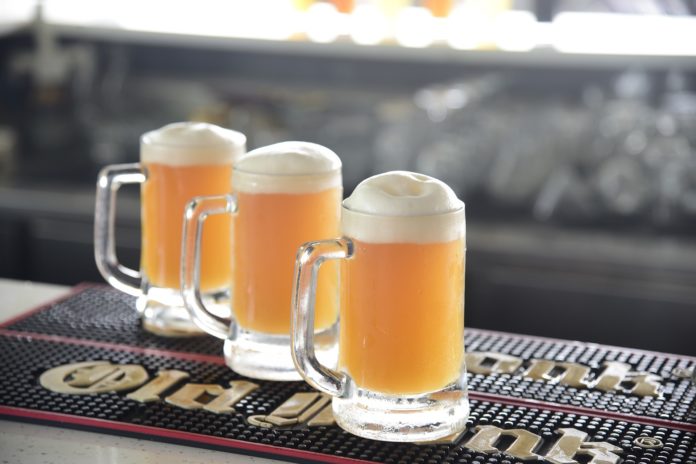 In Taiwan, beer is the most common alcoholic beverage. The market is well-stocked with imported beers, the majority of which come from the Netherlands, China, the United States, and Denmark. Lager is the most common beer in Taiwan, however craft beer has been increasingly popular in the last half-decade.

While craft beer has a small market share in Taiwan (about 1%), consumption is increasing at a rate of nearly 20% each year. Following the craft brewing boom of 2013, the island continues to see new breweries and bars open. In 2017, Taiwan had more than 25 independently owned breweries.

Meanwhile, the majority of Taiwan’s imported craft beers come from Belgium, France, Germany, and the United Kingdom. Younger, more urban, and open-minded consumers are the target demographic for these brews. In recent years, the number of young Taiwanese people interested in overseas flavors has constantly increased.

Taiwan is a small but burgeoning craft beer market.

Taiwan’s beer market is modest in comparison to Japan and South Korea, yet it is no less vibrant. Beer costs around NT$150-200 (approximately $5) per pint/500ml. This is projected to rise as consumption continues to rise and customers’ tolerance for higher prices grows.

While most normal beers are available in off-trade outlets like supermarkets and convenience stores, few craft brewers have been able to do so. In Taiwan, almost 75% of craft beers are sold on-premise.

Craft beers can be purchased off-premise in speciality craft beer bottle shops and high-end supermarkets. In Taiwan, nearly all craft beers available in supermarkets are imported. There is an increasing demand for American IPAs, session beers, stouts, and American wheat among craft beer lovers.

In 2013, the majority of Taiwanese breweries were restaurant-style establishments that served international-style craft brews from Germany and Belgium. Le Blé d’Or, Gordon Biersch, and Paulaner Brauhaus, for example, sell homebrewed German-style craft beers that pair well with a variety of foods.

Customers can choose from a wide range of specialty beers inspired by local fruits and flowers at local brewers like Sunmai and Alechemist. Winter melon sugar, local premium Oolong tea, and Changhua-grown jasmine blossoms are among the ingredients of Taiwan Head Brewers’ concoctions.

Craft beer in Taiwan is on the rise, thanks to a diverse range of styles and flavors that keep beer fans interested. High-end foreign craft beers are quickly gaining popularity among youthful drinkers eager for a change from their normal mass-market brews. Craft brewers are certain that it will soon become a big and appealing section of the Taiwan beer industry.