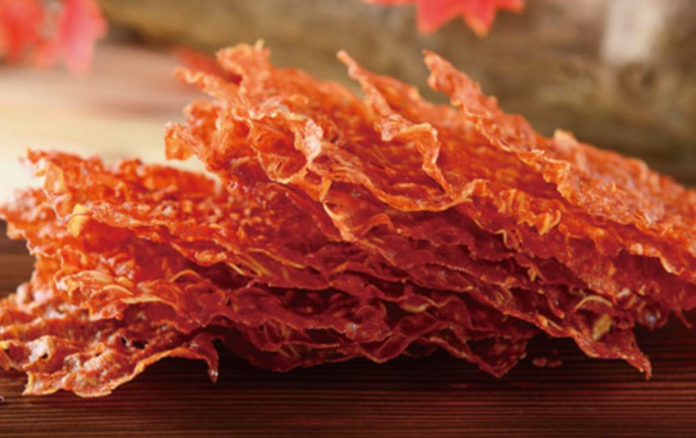 Kuai Che was founded by the son of a young couple who were working hard from Chiayi to the north, they gathered in the Nanmen Market to sell dried meat. The son who was living with his grandparents was taken back to Taipei by his parents and was taught how to do business in the market together with his sister.

The family owned a small stall in the market, eventually grew into ten stalls and has adapted to online marketing techniques to inject vitality into their business born in traditional market. The packaged was changed and launched, invited people to join on Facebook with 48% discount as part of the strategy. In just 6 months, Kuai Che, was promoted to the top 100 popular online sellers.

Kuai Che is the producer of Pork Paper or Pork Jerky, one of the Taiwanese people’s favorite past time snacks. They prefer and insist on doing the traditional process in making the Pork Jerky which is hand-baking. All their pork jerky is made from fresh pork hind leg, marinated in ancient soy sauce that has been brewed for 180 days and baked at high temperature after vacuum massage. Thickness, maturity, and color must be taken into account at the same time. The heat is a unique technique.

The company’s signature can be described as think and thick. Their best-selling almond thin crispy paper takes an average of 1.5 hour to complete each piece. The thickness is only 0.01 cm, it is thin, transparent, and crispy. In order to prevent chipping, it is necessary to manually insert them one by one during packaging. They also have a 1 cm signature thick pork jerky, which is made in limited quantities every day to ensure freshness. It is rich and firm, and the gravy is sweet.

This year, they have re-developed a new product “Vitality Bar”, which has become the new favorite of group buying among office workers.

In Taiwan’s booming coffee market, there are more opportunities than ever before.